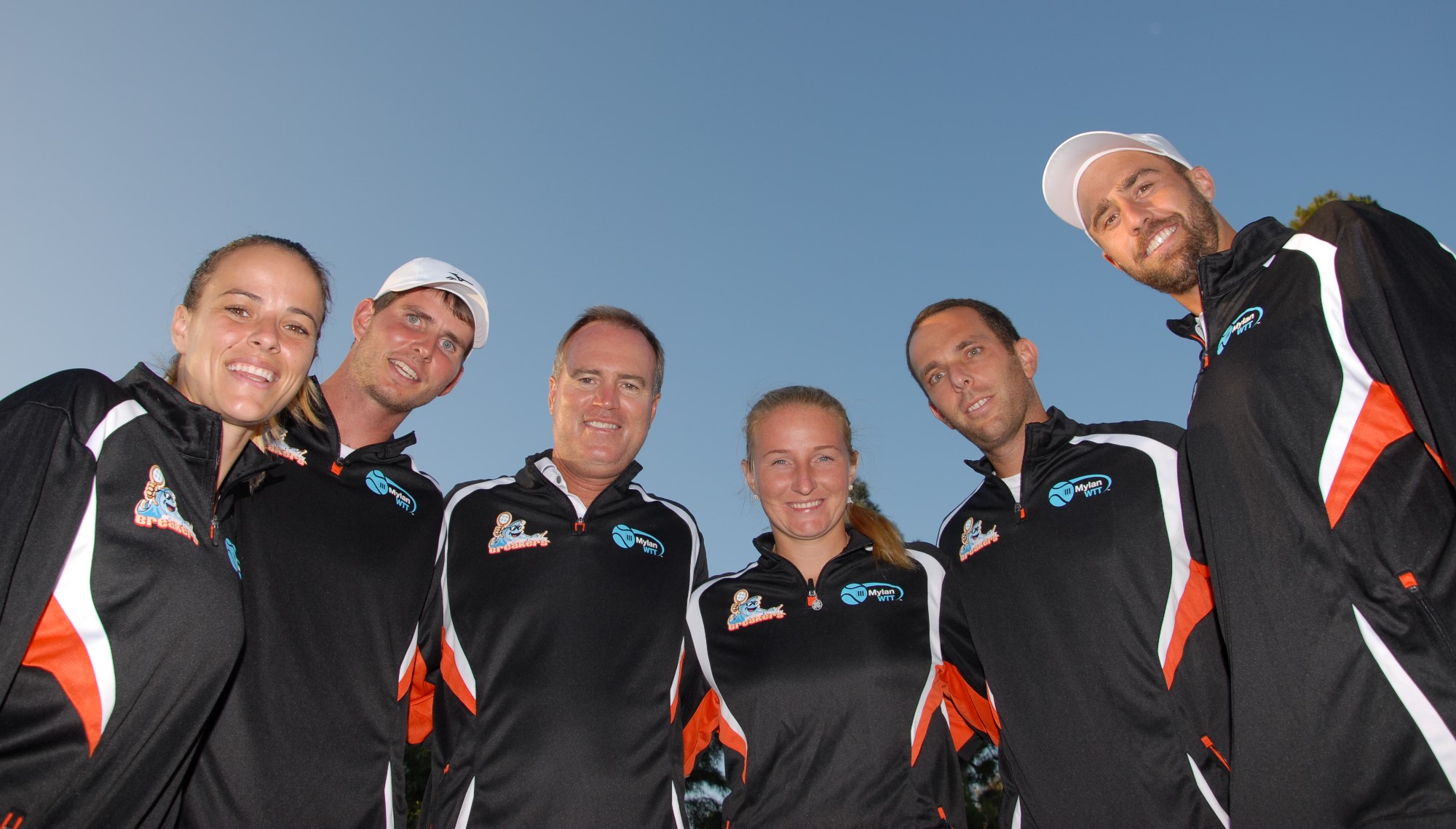 The Orange County Breakers won in a close match against the San Diego Aviators at Breakers Stadium at Newport Beach Tennis Club Monday night, after falling to the Aviators the night before on the road. Local star Steve Johnson, who headlined the Breakers roster as a wildcard player, was able to close the match out for his hometown team in an exciting fifth set tiebreaker.

In the first set, Scott Lipsky and Alla Kudryavtseva of the Breakers played mixed doubles against Raven Klaasen and Daria Jurak of the Aviators. Lipsky and Kudryavtseva won the set 5-2 after Orange County got an early break and consolidated it by closing out the set on Lipsky’s serve.

In the second set, Nicole Gibbs of the Breakers took on Shelby Rogers of the Aviators in another set that favored the Breakers. The set came down to a tiebreaker, which Gibbs pulled out 5-4, giving the home team a four game lead heading into the middle set.

Raven Klassen and Ryan Harrison of the Aviators got a quick break in the men’s doubles event and the San Diego squad held serve through the set. The break, which held up, helped San Diego get back in the match with a 5-3 set victory.

The fourth set featured Gibbs and Kudryavtseva of the Breakers against Jurak and Rogers of the Aviators. A tight set led to the second tiebreaker of the match but this time the visiting team pulled through with a 5-4 set win in women’s doubles. The total score was 17-16, leading into the final set.

That is when Johnson took over the match. Johnson jumped out to a quick 4-1 lead but Harrison didn’t go down without a fight. Harrison was able to bring the match back to 4-4 before Johnson closed out the set and match in yet another tiebreaker. The Breakers evened their record at 1-1 overall with the 22-20 win.

Tomorrow night the Breakers take on the Aviators once again in San Diego in a rematch at Omni La Costa Resort and Spa at 7:00pm.