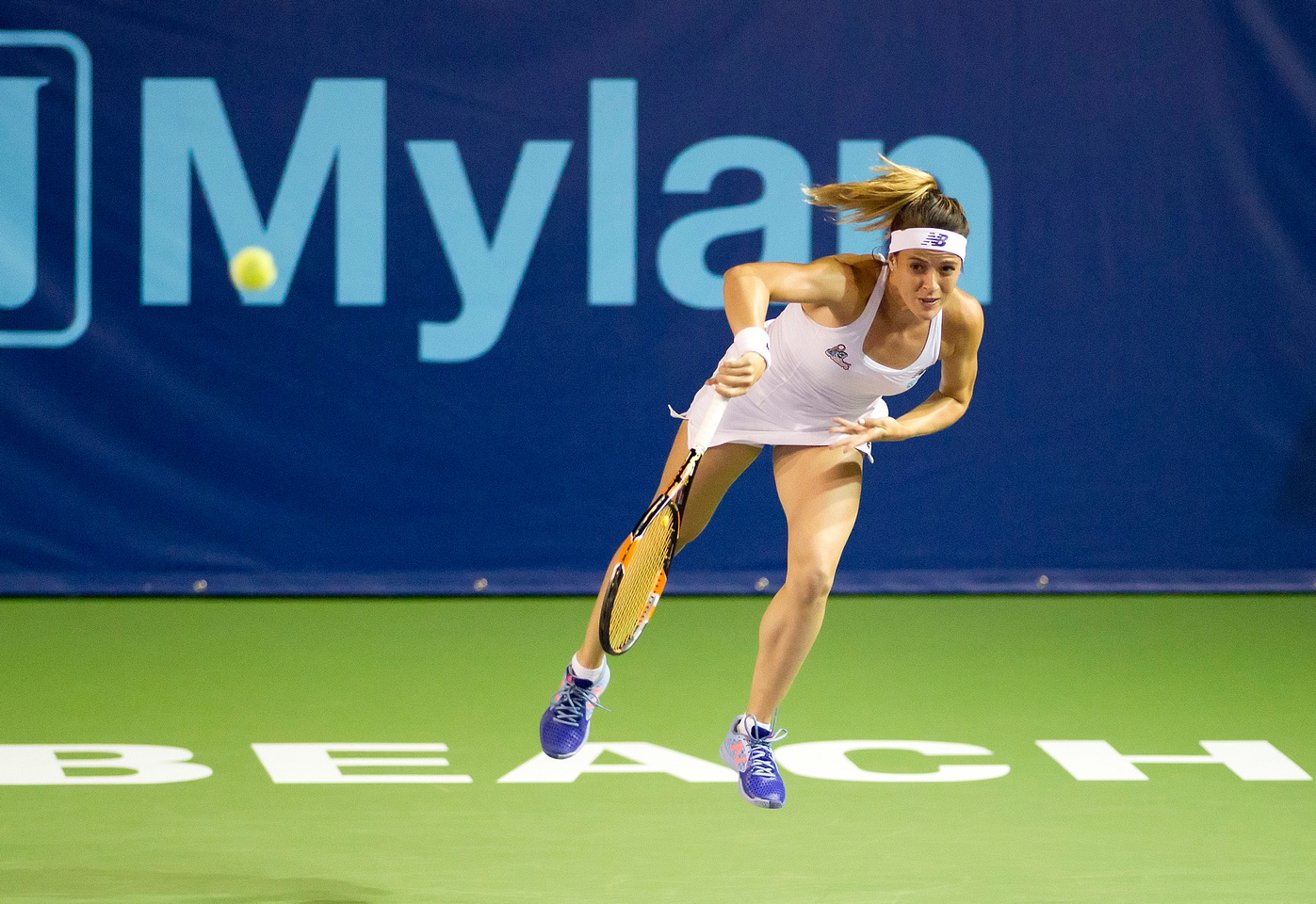 The Orange County Breakers evened the Southern California rivalry series once again by shooting down the San Diego Aviators 21-19 at Breakers Stadium on Wednesday night.

In the first set, Breakers players Dennis Novikov and Scott Lipsky went head to head with Raven Klassen and Ryan Harrison in men’s doubles. The set started off 3-1 in favor of the home team and Novikov stretched the lead to 4-1 after an incredible return off Klassen’s serve. The Aviators were able to get one more game in the set before the Breakers closed out the event on serve with a 5-2 win.

The second set featured Breakers star Nicole Gibbs and Shelby Rogers of the Aviators in a tight women’s singles matchup. Gibbs and Rogers went back and forth fighting for the lead and neither player was able to get a break of serve before the set headed to a tiebreaker at 4-4. Gibbs, who had multiple set points in the tiebreaker let the small lead slip and Rogers climbed back in to win the set at 5-4.

The Breakers held a two game lead heading into men’s singles which featured Ryan Harrison for the visitors and Novikov of the Breakers in men’s singles. Harrison got an early break and stretched his lead to 3-1 before Novikov climbed back into the set at 3-4. However, Harrison was able to close out the set with an ace which pulled the Aviators back on level terms.

A pivotal fourth set featured a high powered mixed doubles matchup between Lipsky and Alla Kudryavtseva of the Breakers against Klassen and Daria Jurak of the Aviators in mixed doubles. Kudryavtseva and Lipsky jumped out to a quick 3-1 lead after consolidating a break before Klassen and Jurak fought back to take the set to a tiebreaker. The Aviators ended up winning the set and took a 17-16 lead heading into the final event.

On August 5th, Breakers play continue the regular season with a home tilt against the Washington Kastles at the Breakers Stadium at the Newport Beach Tennis Club at 7:00 pm.