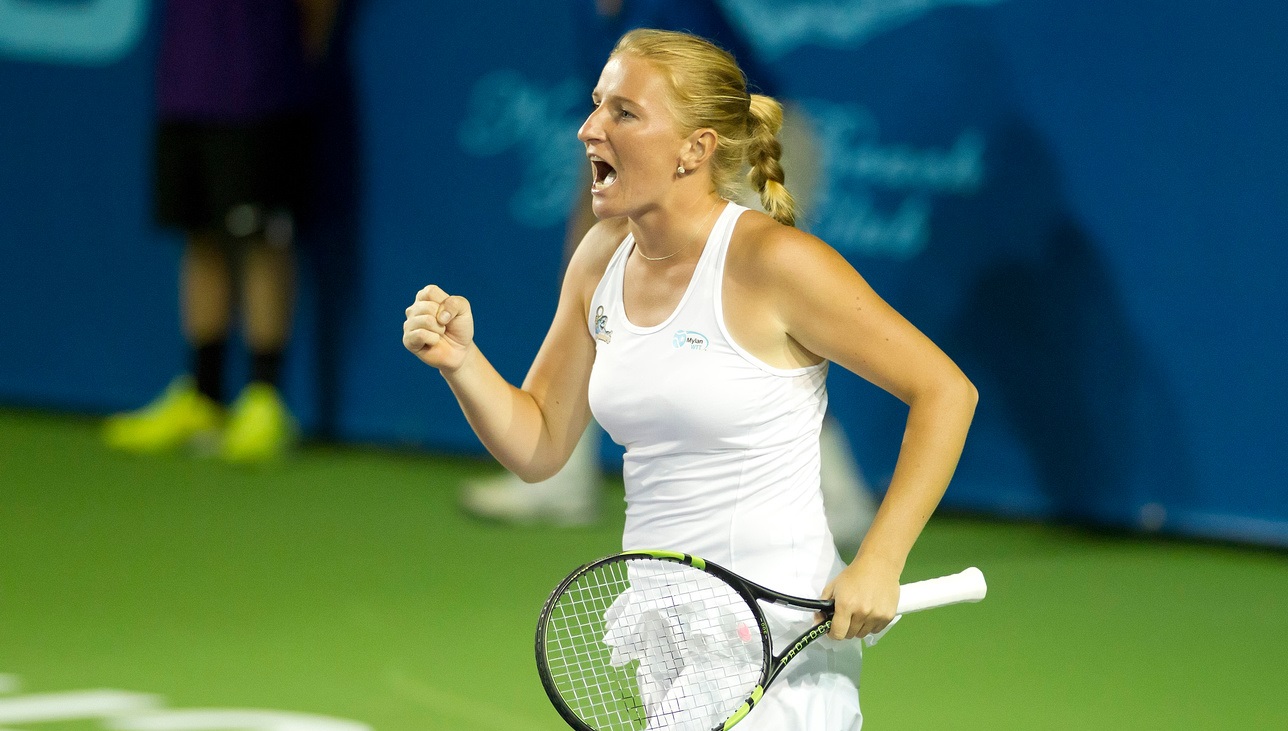 The Orange County Breakers dominated the Washington Kastles with a much needed 25-10 win in front of a capacity crowd at Breakers Stadium at the Newport Beach Tennis Club.

In the second set, which was projected as one of the pivotal matchups on the evening, pitted Nicole Gibbs of the Breakers and Madison Brengle of the Kastles. Gibbs jumped out to an early lead with an opening game break but was unable to consolidate as Brengle was able to get a break right back. Gibbs immediately went on to get another break and pushed the set score to 3-1 following a hold. Brengle was only able to hold serve once more before Gibbs claimed the set with another 5-2 win for the Breakers.

The Breakers continued their winning streak in the third set as Novikov took on Frantangelo in men’s singles. Both players were able to hold serve through the first five games until Novikov got a break to push the set score to 4-2. Novikov finished off the set with an easy service game which gave the Breakers a 15-6 lead at halftime.

Lipsky and Alla Kudryavtseva of the Breakers took on Skupski and Andreja Klepac in mixed doubles. The Breakers mixed doubles squad and 2016 Wimbledon quarterfinalists swept the first four games of the set. The pair dominated with strong service games and aggressive net play. The Kastles were able to get a game in the set before Lipsky and Kudryavtseva finished off the set at 5-1, pushing the overall lead to 20-7.

The Breakers unstoppable duo of Gibbs and Kudryavtseva came on to close out the set against Brengle and Klepac. Although the Kastles were more competitive in the final frame, Gibbs and Kudryavtseva proved why they are the closers for the Breakers by polishing off the five-time defending champions with a 5-3 set win. The 25-10 loss is the worst in Washington Kastles franchise history.

The win improved the Breakers overall record to 3-2 and into a tie for second place in the Mylan WTT standings. The Breakers return to the court tomorrow at 7:00pm at Breakers Stadium when they host Patrick McEnroe and the New York Empire.