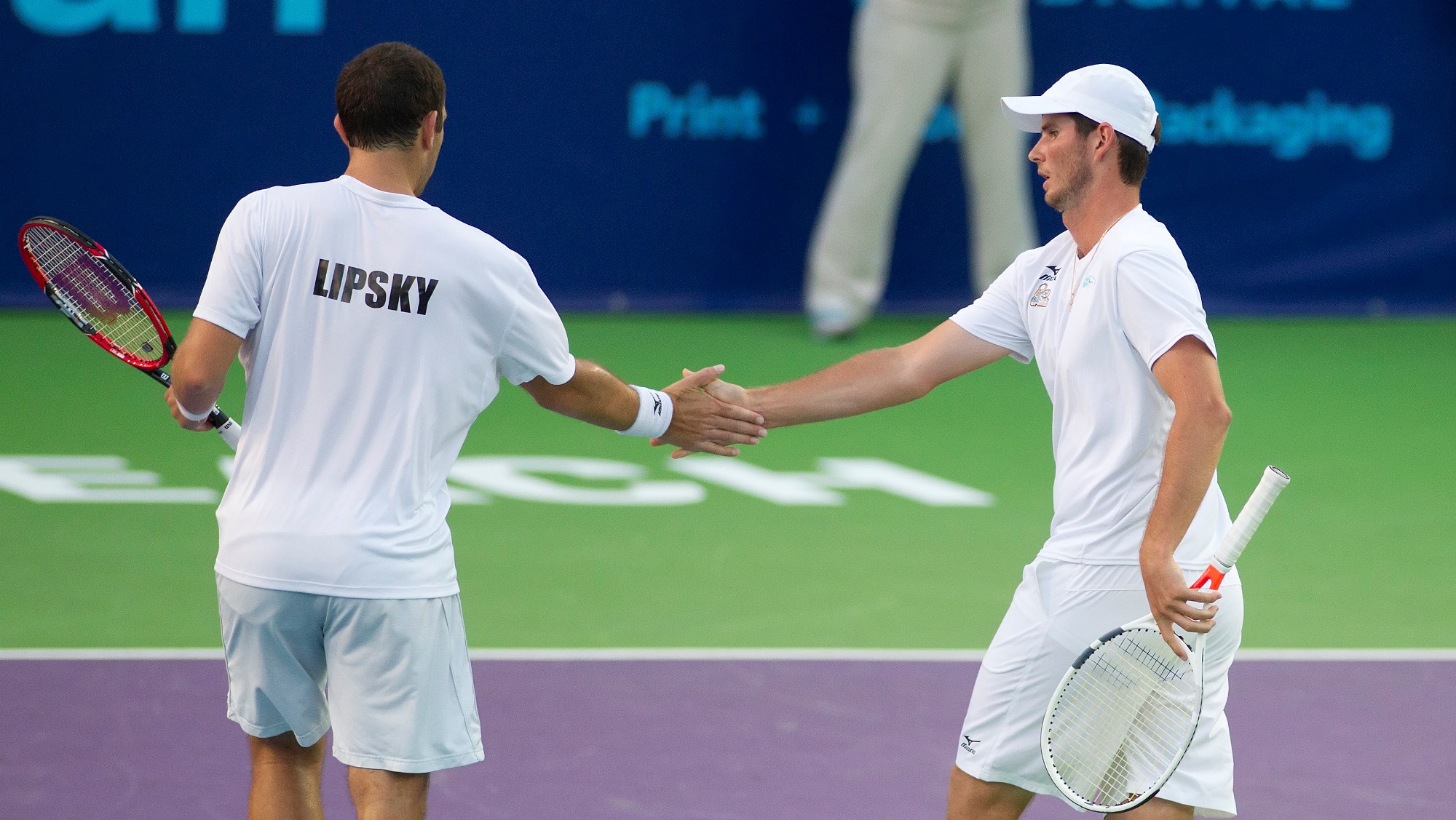 The final home match of the Orange County Breakers 2016 Mylan World TeamTennis season presented by GEICO ended exactly how the first five did. The Breakers took four of the five sets and cruised to another home victory, this time against the visiting Springfield Lasers.

The lineup also stayed the same for the home side as Scott Lipsky and Dennis Novikov got things going for the Breakers against Jean Andersen and Benjamin Becker of the Lasers in men’s doubles. Lipsky and Novikov continued to set the tone early for the Breakers as they once again jumped out to the early lead by getting a break of serve in the Lasers second service game. The duo consolidated the break to put Orange County in the driver’s seat early with a 4-1 lead. After a hold of serve by Anderson, Lipsky followed suit with a quick service game to put the Breakers up 5-2 after the first frame.

In the second set, Nicole Gibbs of the Breakers took on Pauline Parmentier of the Lasers in women’s singles. In the first game Parmentier held her serve to take a 1-0 lead in the set. After that, Gibbs dominated the remainder of the set, winning 5 of the next six games to take the set 5-2. The Breakers led 10-4 after the opening two sets.

In the third set Novikov took on Becker in men’s singles, which proved to be the only set Springfield would take on the evening. Becker jumped out to a 3-1 lead which he pushed to 4-2 while serving for the set. However, Novikov got himself back into the set by breaking back and consolidating with a hold of serve to force a tiebreaker. Becker got the first mini break in the tiebreaker which he wouldn’t relinquish and Springfield took the set 5-4 and closed the Breakers overall lead to 14-8.

Mixed doubles continued to be a strong point for the Breakers as Lipsky and Alla Kudryavtseva looked to cushion the Breakers lead against Anderson and Michealla Krajicek of the Lasers. In the early going the Lasers duo clawed their way back into the overall score by winning the first two games and eventually a 4-2 lead in the set. At that point, Lipsky and Kudravtseva turned up the intensity, got a break and were able to force a set tiebreaker. Orange County got the first mini break of the tiebreaker at 2-1 and held on to win the set 5-4 which gave the breakers a 19-13 overall lead.

The Breakers closers, Kudryavtseva and Gibbs, came on to finish off the visitors in women’s doubles against Parmentier and Krajicek. Both teams held serve throughout the final set which forced a tiebreaker. Orange County took care of business by winning the set 5-4 and match 24-17.

The win helped the Breakers stay perfect at home this season and allowed them to continue to hold onto first place in the Mylan WTT standings. The team hits the road for a four game home stand as they continue to fight for a spot in the Mylan WTT Finals, which will be played at Forrest Hills in New York August 26th.