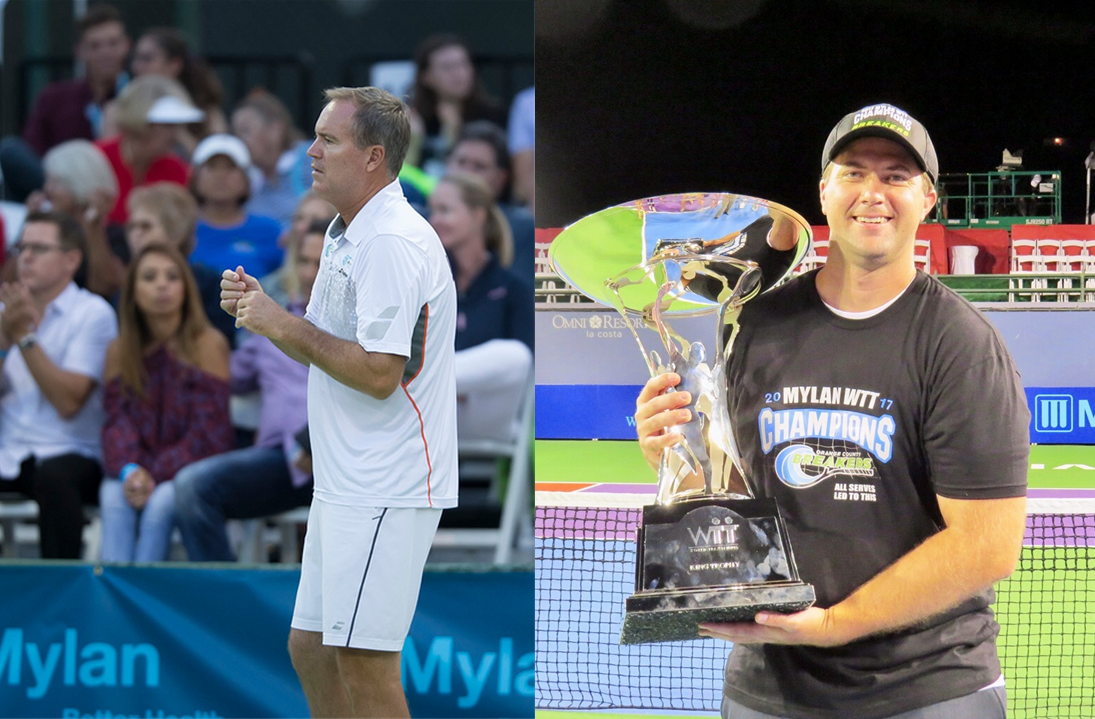 NEWPORT BEACH, CALIF. (Jan. 4, 2018) – The Orange County Breakers have announced that the 2017 World TeamTennis Coach of the Year Rick Leach and the team’s General Manager Allen Hardison have both signed contract extensions that stretch beyond the 2019 WTT season.

“I am thrilled to be able to continue to serve as the Head Coach for the Breakers,” said Leach. “This is such a good organization that has great players and fans that have made these last few years a ton of fun. We are looking forward to beginning our title defense in July.”

As coach, Leach has led the Breakers franchise to three straight WTT Finals appearances and a WTT title in 2017. A veteran of WTT, Leach has either played or coached in 16 WTT seasons and has also lifted the King Trophy as both a player and coach. The former world No. 1 doubles player and nine time Grand Slam Champion was named Coach of the Year during the 2015 and 2017 WTT seasons.

Meanwhile, 2018 will mark Hardison’s sixth year working in WTT and his fourth overall season with the Breakers. During the past three seasons on Hardison’s watch, the franchise has compiled a 30-13 overall record. Since Hardison’s appointment as General Manager, the Breakers have drafted four WTT Most Valuable Players and three Rookie of the Year selections.

The 2018 WTT regular season will run from July 15-August 1. Breakers season tickets are currently on sale and can be purchased through www.BreakersTennis.com or by calling the front office at (949) 434-4560.