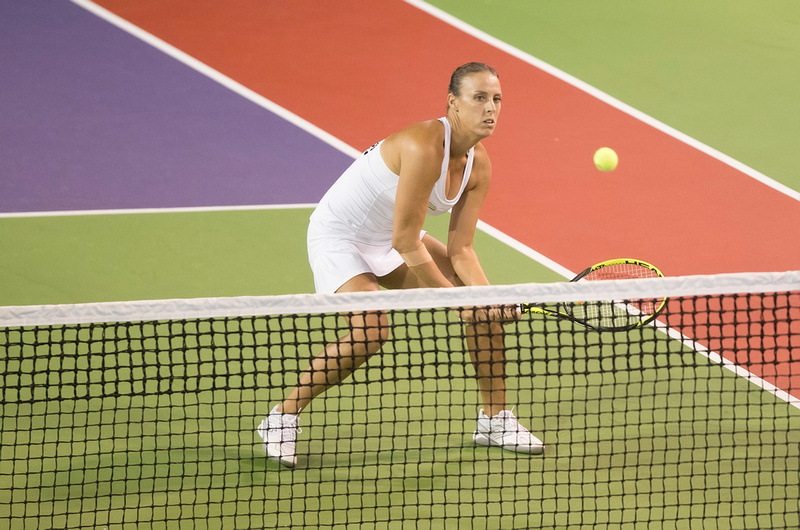 NEWPORT BEACH, CALIF. (February 2, 2018) – The Orange County Breakers have announced that 2017 World TeamTennis Female MVP Andreja Klepac will return to the Breakers for the 2018 season. The 43rd season of World TeamTennis presented by GEICO begins July 15 and concludes with the WTT Finals on August 4.

Klepac, who had a breakout year in 2017, was quick to show her excitement about returning to the Breakers this upcoming summer. “I am really excited to be back with the Breakers in 2018,” said Klepac. “I love the WTT format and we have such a fun team. The fans in Orange County are great and we are looking forward to trying to defend our title.”

The Breakers were quick to pull the trigger on bringing Klepac back due to her current form and past success in WTT. In 2017, Klepac was first among women’s doubles players in WTT for total games won and winning percentage. The Slovenian also won 55% of her games played in mixed doubles, good for third best in the league. On the WTA Tour, Klepac holds a current doubles ranking of No. 26 and has five career WTA doubles titles to her name, which includes her most recent title in Tokyo this past September.

“Having a fan favorite and league MVP like Andreja return to our team is huge,” said Breakers head coach Rick Leach. “She played a major role in our championship run last year and we expect her to do the same again in 2018.”

The Breakers were able to select Klepac before the WTT Player Draft due to the League’s player protection rule.

“Any player who competes for a team the previous year is eligible for protection by the same team,” said General Manager Allen Hardison. “We’re thrilled to have Andreja back and this is a great start to building our 2018 team.”

The Breakers will add to their roster on March 13, when the 43rd edition of the WTT Draft takes place in Indian Wells, Calif. With the recent addition of Klepac, Orange County will need to add a minimum of three more players for the upcoming season. The Breakers currently hold the sixth and final pick in the first round due to the team’s championship run in 2017.

Breakers season tickets are on sale now and can be purchased through BreakersTennis.com or by calling the team’s front office at (949) 434-4560.