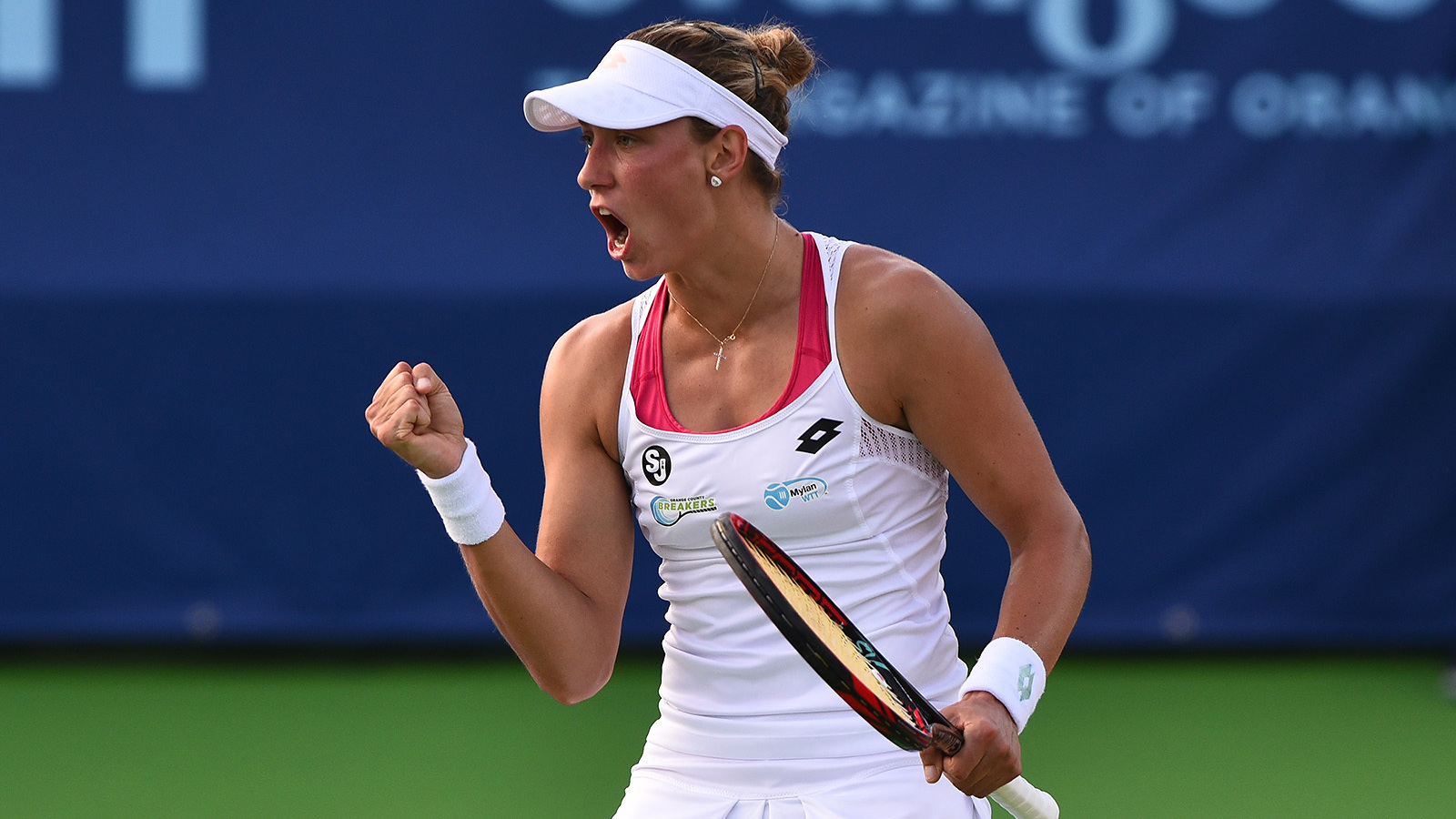 NEWPORT BEACH, CALIF. (February 16, 2018) – The Orange County Breakers have announced that the former world No. 12 and US Open semifinalist Yanina Wickmayer will return to the Breakers for the 2018 season of World TeamTennis presented by GEICO. Wickmayer, who was named the 2017 WTT Female Rookie of the Year, expressed her excitement about returning to Orange County this season.

“I am thrilled to return to the Breakers for the 2018 season,” said Wickmayer. “I had such a great time last year and I really enjoyed being a part of the team. We want to win the championship again this summer.”

In Wickmayer’s rookie WTT season in 2017, she complied winning records in singles and doubles. Wickmayer was second in the league in women’s doubles last year, winning 58% of her games played alongside Andreja Klepac. The Belgian also stood out in women’s singles by winning 41 games, which was good enough for third best in the league.

Wickmayer is due for a reunion with Klepac, the 2017 WTT Female MVP, who re-signed with the Breakers earlier this month. The two should once again combine to be one of the most lethal doubles tandems in the league.

“We are really pumped about bringing Yanina back this year,” said Breakers head coach Rick Leach. “She was so good for us down the stretch last year and she played her best tennis in the biggest moments. Yanina is familiar with the format after her rookie WTT season and that experience will be a big asset for our team.

The Breakers were able to select Wickmayer before the WTT Draft due to the league’s player protection rule. Wickmayer was originally selected by Orange County in the first round of the 2017 WTT Draft.

The Breakers will finalize the remainder of their roster on March 13, when the 43rd edition of the WTT Draft takes place in Indian Wells, Calif. With the recent additions of Wickmayer and Klepac, the Breakers will need to add a minimum of two male players for the upcoming season. The Breakers currently hold the sixth and final pick in the first round due to the team’s championship run in 2017.

The 2018 WTT regular season is scheduled for July 15 through August 1 with the top two teams advancing to the WTT Finals on August 4. Breakers season ticket packages are now on sale and can be purchased through www.BreakersTennis.com or by calling the team’s front office at (949) 434-4560.