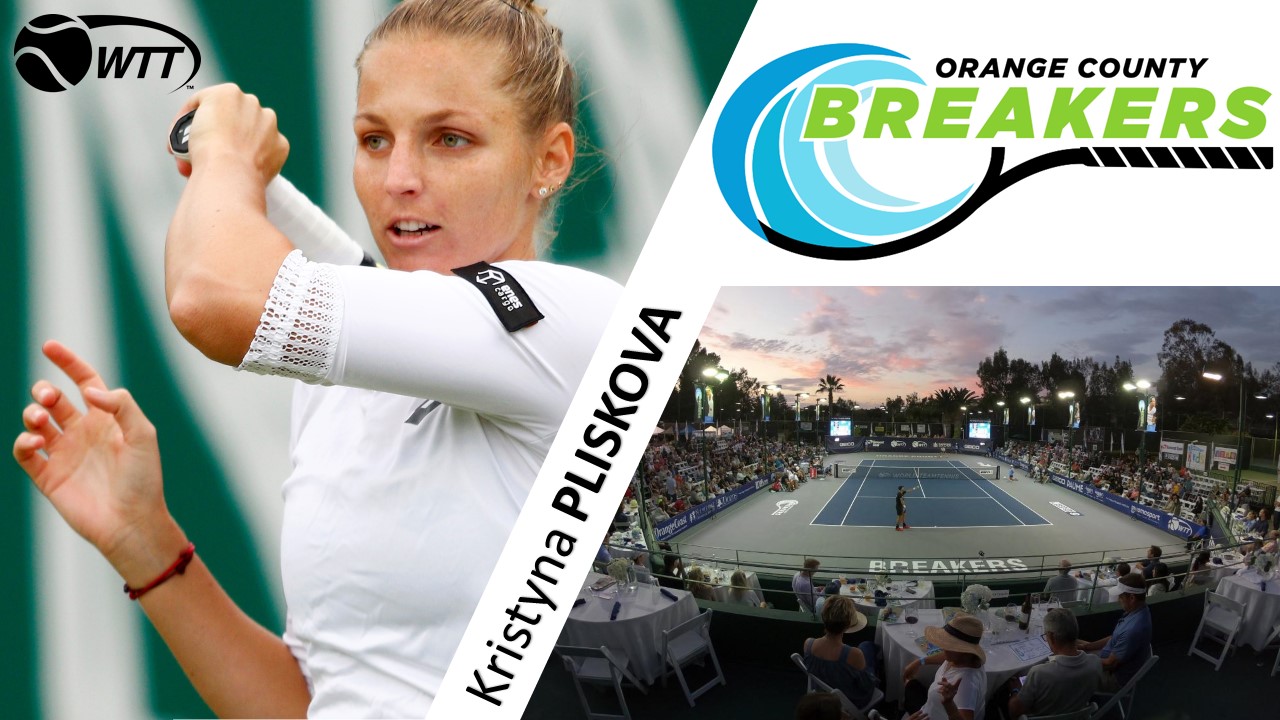 The Orange County Breakers have finalized their 2020 roster with the addition of Kristyna Pliskova.

“I am very excited to play World TeamTennis for the Orange County Breakers,” said Pliskova. “I am looking forward to coming to Newport Beach and hope to help the team win the championship this summer.”

The Czech standout, who ranks highly in both singles (WTA No. 64) and doubles (WTA No. 52) should be one of the top players in WTT in 2020. Pliskova is expected to anchor the team in women’s singles while also playing doubles alongside 2017 WTT MVP Andreja Klepac.

Pliskova, who currently holds the WTA record for most aces in a match at 31 (vs. Puig-2016 AO), has two WTA singles titles and six WTA doubles titles to her name. The 2020 WTT season will mark Pliskova’s second WTT season, but first in Orange County.

“We are very excited to add Kristyna to our roster,” said Breakers General Manager Allen Hardison. “I owe my wife credit, who was the one who helped persuade Kristyna to play through a series of texts, but to me this addition helps give us one of the best rosters in WTT.”

Pliskova, who will team with the aforementioned Klepac, will also be joined by Steve Johnson, Luke Bambridge and Franchise Player Maria Sharapova.