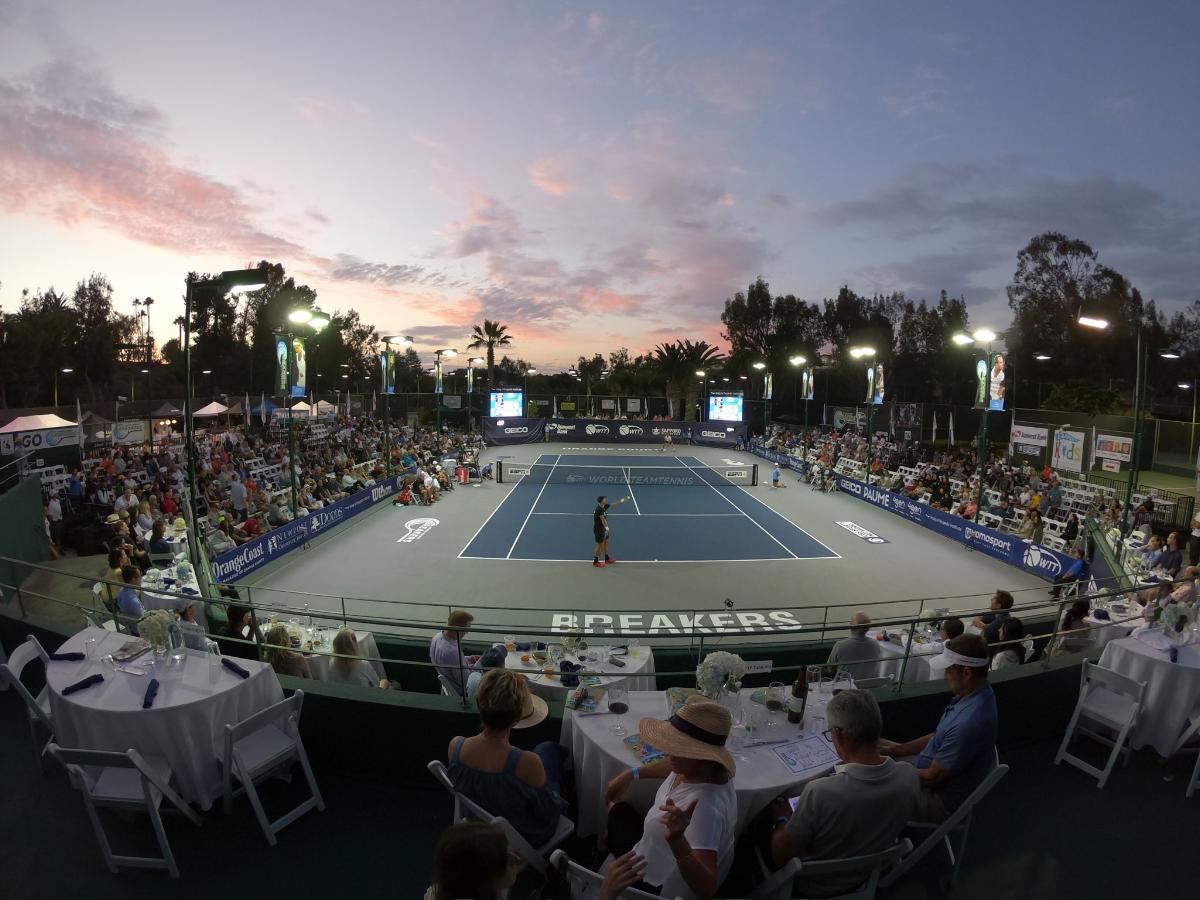 NEWPORT BEACH, CALIF. (March 16, 2020) – The Orange County Breakers have announced that the team will be returning to Palisades Tennis Club for World TeamTennis action this July.

“We are very excited about continuing to call Palisades Tennis Club the home of the Orange County Breakers,” said Breakers owner Eric Davidson. “Palisades is such a great venue for World TeamTennis and we believe it offers our team one of the best home court advantages in the league.”

In recent months, the Breakers home venue was in question due to an ongoing land-lease negotiation between Palisades Tennis Club and its landowner. However, a new lease deal is in place that will keep the club and Breakers in place for the foreseeable future.

“This is great news for the Breakers and the Orange County tennis community as a whole,” said Breakers general manager Allen Hardison. “Eric Davidson and Ken Stuart have done such great work here and we are very thankful for their massive efforts that have led to this extension.”

The 2020 Breakers season is set to kick off July 13 at Palisades in a match against the rival San Diego Aviators. The home slate will conclude July 30 with a visit from the Vegas Rollers and the Bryan Brothers. 2020 will mark the Breakers eighth season at Palisades Tennis Club and fourth consecutive campaign at the iconic Newport Beach based club.

Season tickets are on-sale now and individual match tickets are set to go on-sale March 30 at 10amPT at BreakersTennis.com or by calling (949) 434-4560.