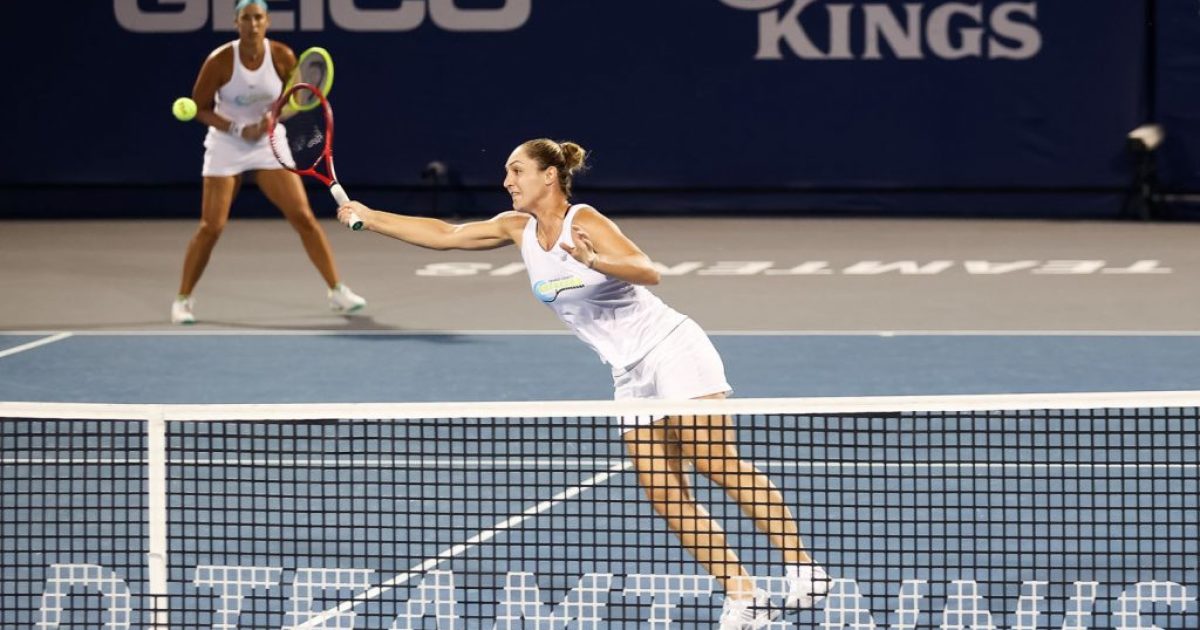 The doubles draws are out and Breaker players are featured. Breaker favorite Luke Bambridge highlights the men’s draw playing alongside his hometown friend Dominic Inglot. Bambridge will play Aljaž Bedene of Slovakia and Jiri Vesely of Czechoslovakia. Hometown favorite, Steve Johnson has withdrawn due to personal reasons. 2020 Breaker player Andreja Klepac of Slovakia will play with Kirsten Flipkens of Belgium. Klepac and Flipkens are the No. 13 seed in the women’s draw. Gabriela Dabrowski of Canada, who has now played two seasons of World TeamTennis is the No. 6 seed playing alongside American Bethanie-Mattek Sands. Dabrowski and Mattek-Sands have already won their first round match. American Jennifer Brady, who won easily in her first round singles draw will be playing with Australian favorite and number No. 1 player in the world Ashleigh Barty.