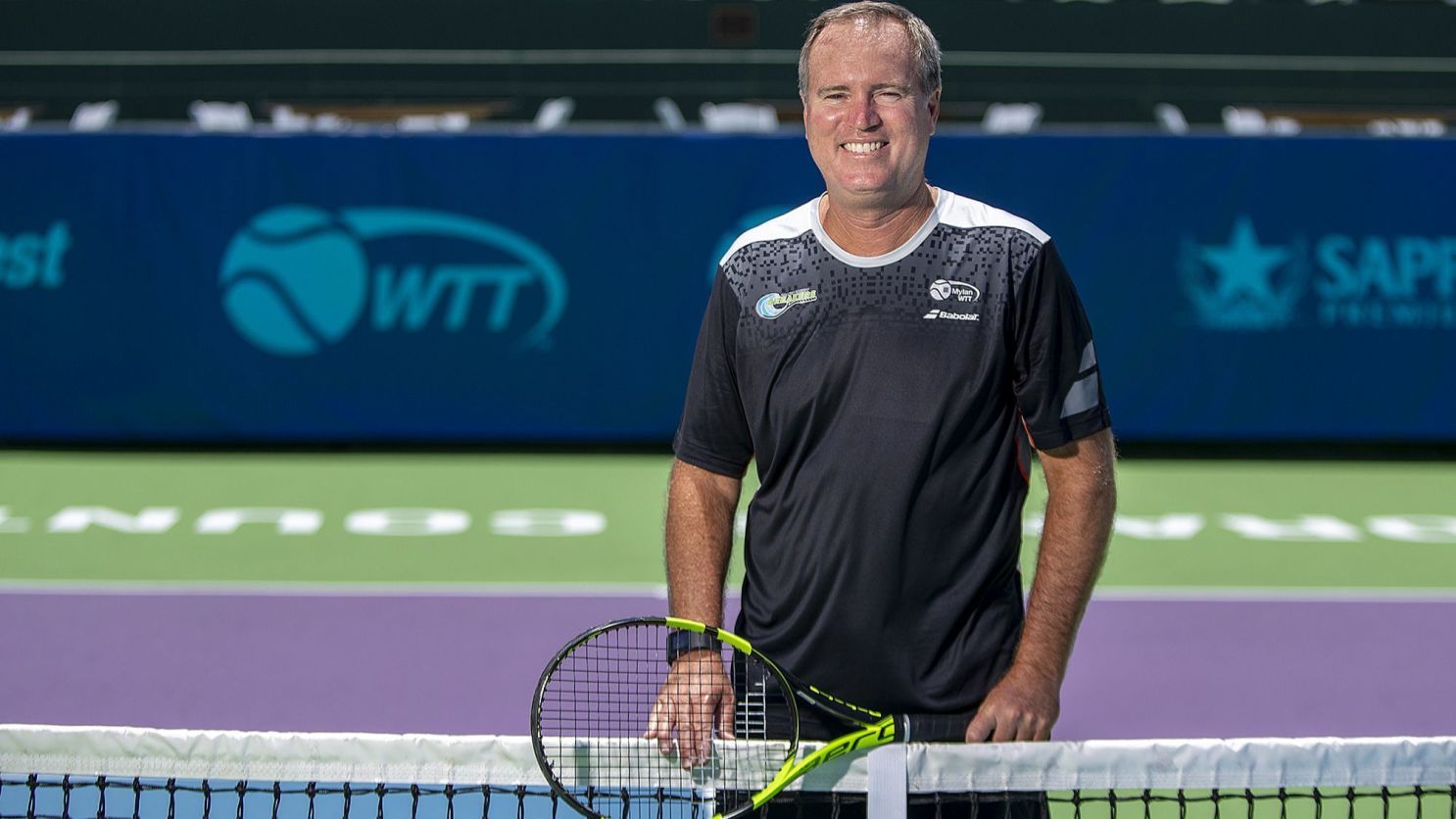 Rick Leach, is currently entering his sixth season as head coach. He helped lead the team to a title in 2017 and won the King Trophy in 1996 as a player with the St. Louis Aces. His father Dick Leach, coached the Orange County Breakers to the title in 2003. Leach loves World TeamTennis because he was a doubles specialist on tour and the format of play is 60% doubles. We recently spoke with Coach Leach to learn more about him.

Q: What has been your best moment on a tennis court?

A: I have two best moments in tennis; winning Wimbledon doubles and mixed doubles in 1990, and then winning the clinching match in the finals of Davis-Cup for the USA in 1990.

Q: What sports did you play as a kid?

A:  I started playing tennis at an early age. My Dad was a tennis pro in San Marino, California so I would play all day at his club.

Q:  What is your all-time favorite movie?

A: My favorite movie is CaddyShack. It’s a movie I can watch over and over again.

Q: What is your favorite shot in tennis?

A: My favorite shot in tennis is the drop volley. In college I had a nickname “spangle” which meant spin-angle.

Q: What is your favorite food?

A: My favorite food is Indian food, because I enjoy the variety of spices.

Q: Who was your sports hero growing up?

A: My sports heroes growing up were Bjorn Borg and Stan Smith.

Q: If you weren’t a tennis player, what would you like to be?

A: If I didn’t play tennis, I would have liked to have been a general contractor and build houses.

A: My favorite tournament was always Wimbledon. I grew up watching Breakfast at Wimbledon, and I would always get a little more nervous while playing there, because I wanted to win so badly.

Q: What is your favorite part about the World TeamTennis format?

A:  My favorite aspect about WTT is the team concept. I think it’s awesome that men and women can compete together. I also like that WTT is 60% percent doubles play, which was my specialty. I have been fortunate to be on a winning team in 1996 with the St Louis Aces and to be the Coach of a winning team in 2017 with the Orange County Breakers. Also, my father was the coach of the winning team in 2003.