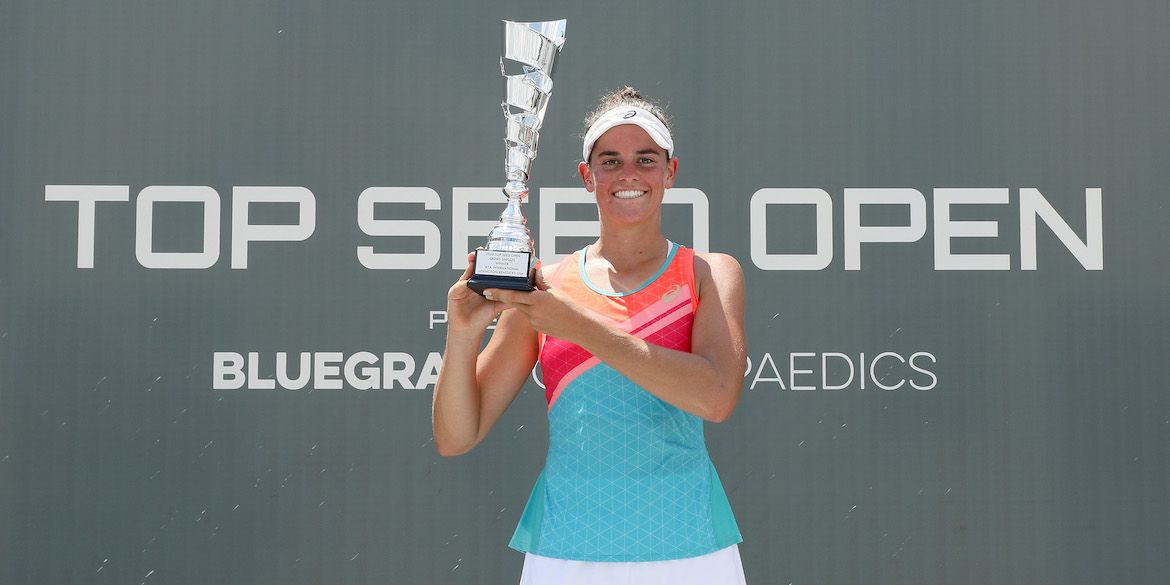 Jennifer Brady who is currently ranked No. 24 in the world and seeded No. 22 at the Australian Open is making yet another run for herself. Jennifer Brady originally from Harrisburg, Pennsylvania moved to Florida as an adolescent to train at the Evert Tennis Academy in Boca Raton. After the Evert Academy she went on to play for the UCLA Bruins. During her time at UCLA she helped the team to a National Championship during her freshman campaign and was ranked as high as No. 1 in the country for doubles. Brady left UCLA after two years to turn pro.

Fast forward to the 2020/2021 seasons, Brady is having her best singles season yet on tour. Brady won her first WTA tour title at the Lexington Challenger. Following her win, she went off to the US Open and made it to her first Grand Slam semifinal appearance. Brady eventually lost to the eventual winner Naomi Osaka in a hard fought three set battle. In between her time in Kentucky and the US Open, Brady competed in her second World TeamTennis season. In 2019 Brady made her debut for Washington Kastles, before general manager Allen Hardison brought Brady to sunny California to play for the Breakers in 2020.

Brady’s success has continued far beyond the US Open. She is yet again showing why she is one of the top female players in the world. At the 2021 Australian Open after two weeks of being in quarantine Brady is back to her winning ways. Brady beat Jessica Pegula in a hard fought quarterfinal match eventually pulling out the grueling win in three sets. After that match she had yet again another tough match beating the No. 24 seed Karolina Muchova in a three set battle. The finals was another challenge as Brady faced No. 3 seed and grand slam champion Naomi Osaka in her first Grand Slam appearance. Brady played Osaka at the US Open in 2020 losing in three sets. Unfortunately the Australian Open was no different. Brady went on to lose in two sets with a score of 6-4, 6-3. We know this is not the last of Brady and we are so proud of all she has accomplished so far. We hope to see Brady back playing World TeamTennis in 2021.

It is to be noted that Jennifer Brady was forced to be in a two week hard quarantine upon arrival in Australia. 72 other players were alongside Brady for this quarantine. Brady is the only player that was in the quarantine that made it past the third round.