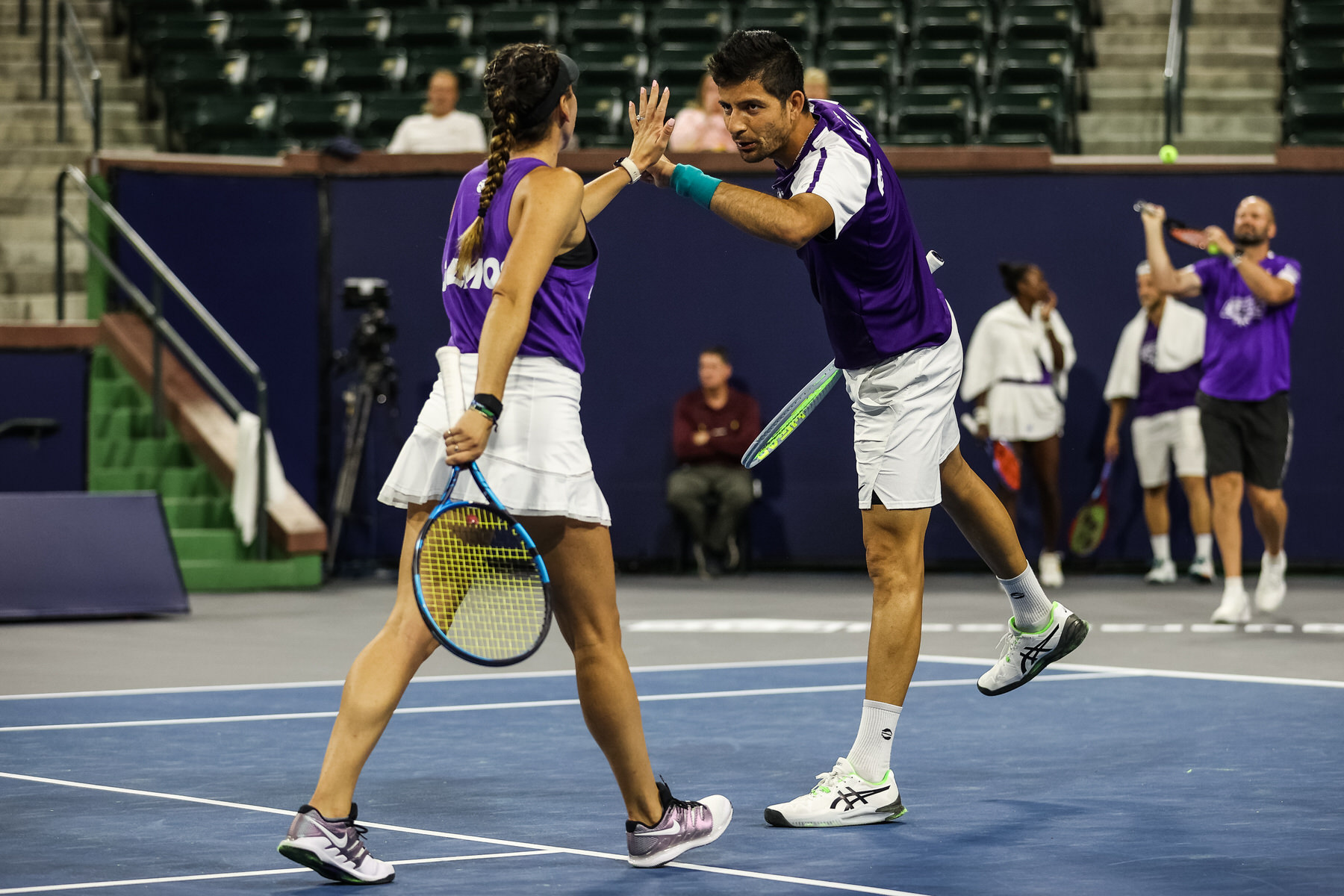 INDIAN WELLS, Calif. – The Springfield Lasers jumped into first place in the 2021 World
TeamTennis standings following a 25-18 win over the Orange County Breakers Monday at the
Indian Wells Tennis Garden.

The New York Empire picked up its second win of the season thanks to a 20-16 over the San
Diego Aviators in the second match of the day.

Monday’s battle between WTT’s top two teams in Springfield and Orange County was the first
match this season that went to four consecutive tie-breaks, all won by Springfield that allowed
the Lasers to sweep the five sets. Marcelo Arevalo & Giuliana Olmos, the 2021 US Open
mixed doubles finalists, capped off the victory with a 5-2 win over Coachella Valley native and
three-time Major mixed doubles champion, Desirae Krawczyk, and Austin Krajicek in the final
set.

Krawczyk and Olmos both made their WTT season debuts.

After the Aviators took the lead with a win in men’s doubles, Tennis Hall of Famer Kim Clijsters
defeated 2020 WTT Finals MVP CoCo Vandeweghe 5-0 in women’s singles to give the Empire
the lead. Chris Eubanks & Kirsten Flipkens came up with the mixed doubles win to extend
New York’s advantage, but the Aviators cut the deficit to one point heading into the final set
following women’s doubles.

Marcos Giron, the 2014 NCAA singles champion from UCLA, finished the match with a victory
in men’s singles to give the Empire their second win of the season.

Led by 2017 US Open champion Sloane Stephens, the 2020 WTT runner-up Chicago Smash
battle for position in the WTT standings against the San Diego Aviators at 3 p.m. Tuesday.
Krawczyk, who was a CIF singles finalist at Palm Desert before becoming the fourth woman in
the Open Era to win three Major mixed doubles titles in a calendar year, leads the Orange
County Breakers in the second match of the day. Orange County takes on the defending
champion New York Empire at 6 p.m.

All World TeamTennis matches will be held at the Indian Wells Tennis Garden. Tickets are
available for purchase online at wtt.com/tickets-2021. Due to requirements set by the Indian
Wells Tennis Garden, all fans in attendance will need valid proof of full COVID-19 vaccination to
enter the grounds for WTT matches