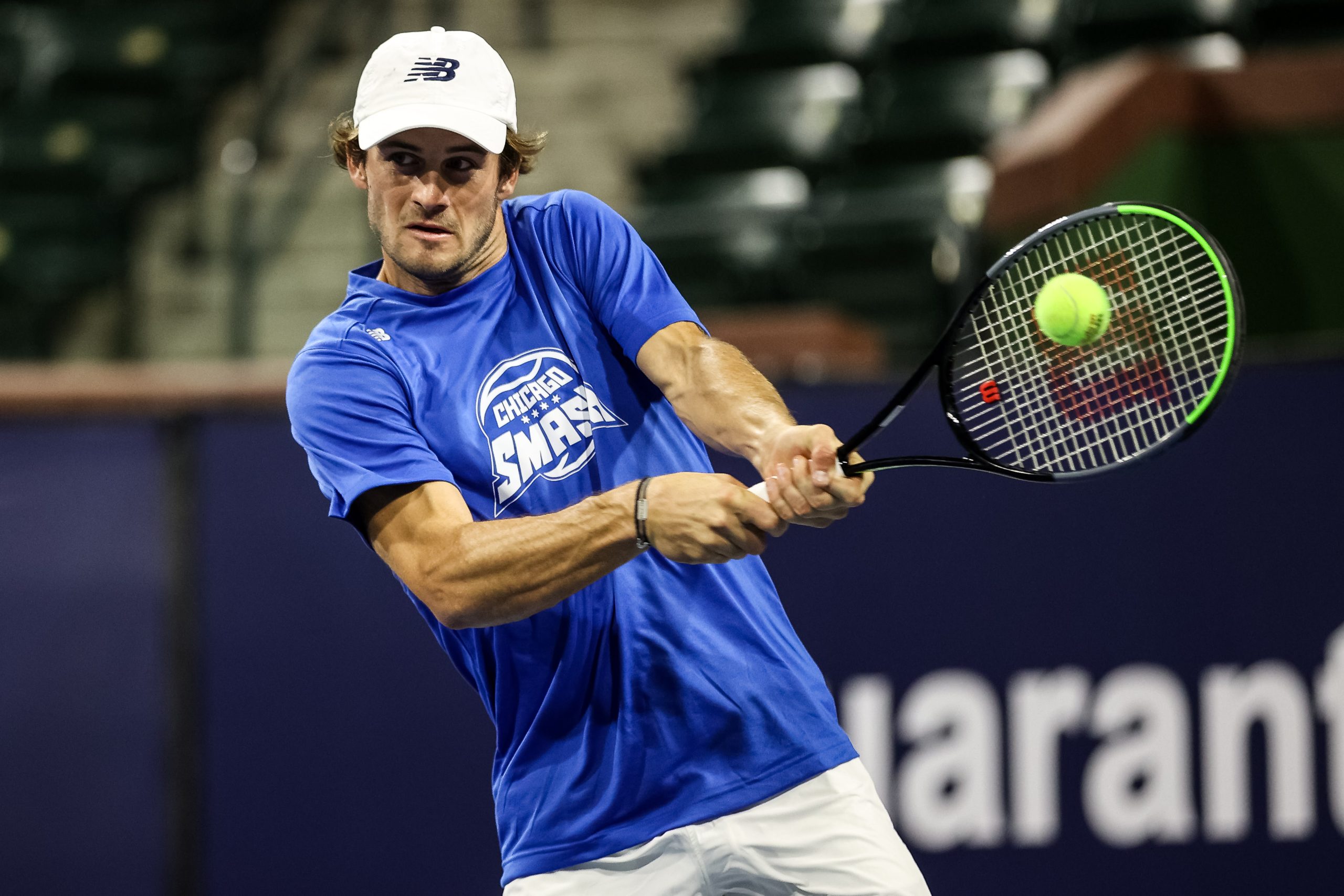 INDIAN WELLS, Calif. – Thanks to wins in the final set, the Orange County Breakers and the
Chicago Smash were victorious Wednesday at the Indian Wells Tennis Garden.

Orange County defeated the San Diego Aviators 20-17, jumping into first place and clinching
the tiebreaker against San Diego in the process. Chicago defeated the Springfield Lasers 19-18
in the second match.

The Breakers took a commanding lead after the first two sets, but San Diego overcame the
deficit thanks to their men’s and women’s doubles teams. Caroline Dolehide & CoCo
Vandeweghe took four of the first five games in women’s doubles and tied the team score at 15
heading into the final set.

Chicago extended its lead into the third set thanks to a 5-1 win from 2017 US Open champion
Sloane Stephens in women’s singles and a strong start in mixed doubles. Springfield, however,
rallied to win five straight games through mixed doubles and men’s singles to tie the score 12-
12.

Denis Kudla was victorious in men’s singles, but Chicago persevered in men’s doubles to
clinch the win.

World TeamTennis has fun-filled action scheduled for Thanksgiving Day, with the defending
champion New York Empire taking on the Springfield Lasers at 11 a.m. New York will be without
Kim Clijsters, who has withdrawn from the remainder of the 2021 season with injury.

Krawczyk leads Orange County against her WTA Finals doubles partner Alexa Guarachi and
the 2020 WTT runner-up Chicago Smash at 2 p.m. The Breakers would clinch a spot in the
WTT Finals with a win.

All World TeamTennis matches will be held at the Indian Wells Tennis Garden. Tickets are
available for purchase online at wtt.com/tickets-2021. Due to requirements set by the Indian
Wells Tennis Garden, all fans in attendance will need valid proof of full COVID-19 vaccination to
enter the grounds for WTT matches.