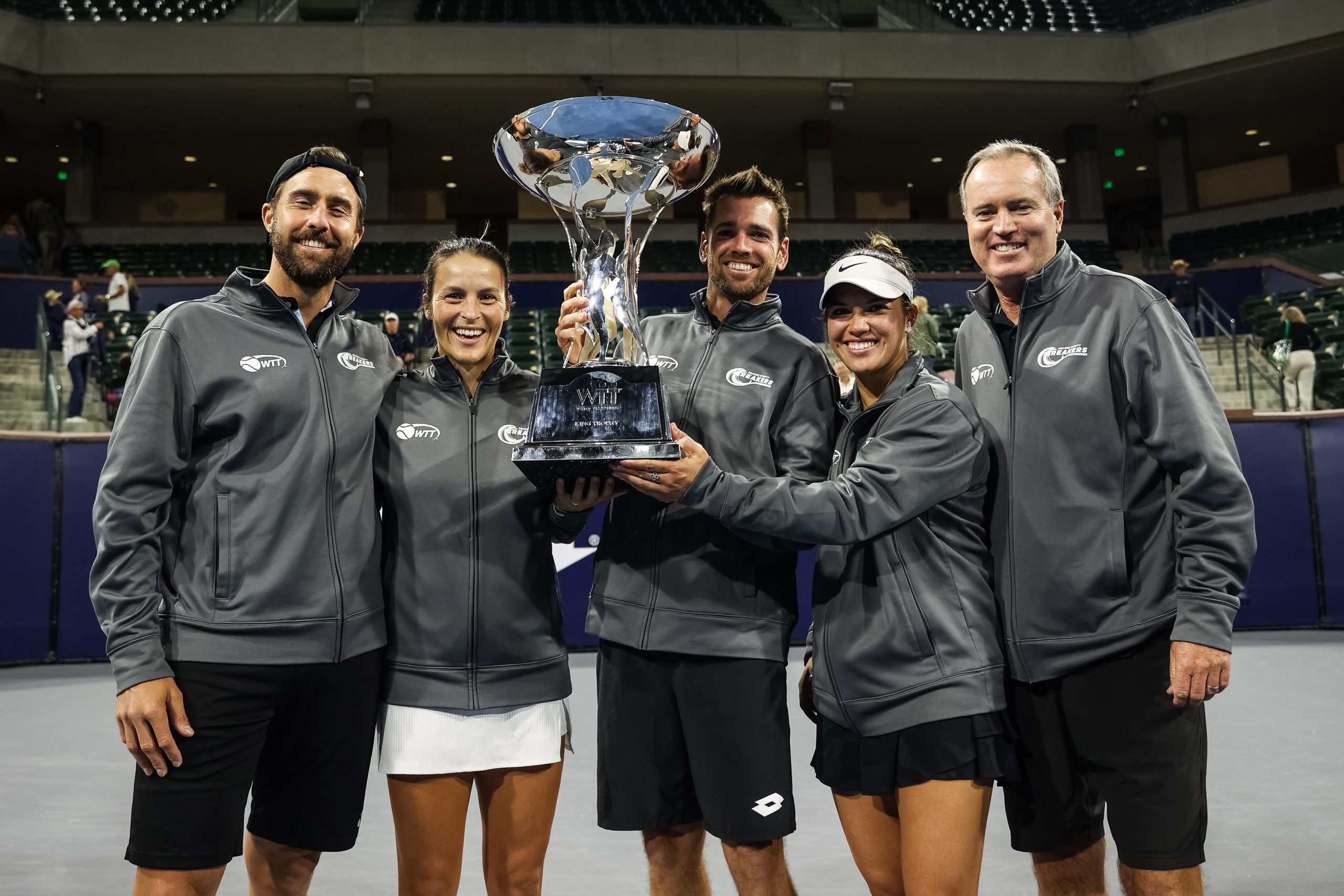 INDIAN WELLS, Calif. – The Orange County Breakers claimed their third World TeamTennis
title in franchise victory with a 21-13 win over the Springfield Lasers in the 2021 WTT Finals
Presented by Guaranteed Rate on Sunday at the Indian Wells Tennis Garden.

Steve Johnson was awarded the 2021 WTT MVP after clinching his second career WTT title,
finishing second in the league in men’s singles winning percentage at 57.7%. The 2013 WTT
Male Rookie of the Year also compiled a 55-50 games record in men’s doubles for a 52.4%
winning percentage. In addition to winning 115 total games in WTT this season, Johnson has
won four singles titles and one doubles title on the ATP Tour along with finishing as a two-time
US Open doubles semifinalist.

Orange County coach Rick Leach won his second title as coach of the Breakers and is one of
four coaches in league history to win a title as a coach and a player, claiming the title as a
player in 1996 with the St. Louis Aces.

Johnson and Tatjana Maria helped the Breakers jump out to a 10-4 lead with their victories in
their singles matches, with Johnson and doubles partner Austin Krajicek following up with a
win in men’s doubles to give Orange County a commanding lead at halftime. Marcelo Arevalo
and Giuliana Olmos, the 2021 US Open mixed doubles finalists, helped the Lasers get some
momentum going into the final set with a 5-1 win in mixed doubles.