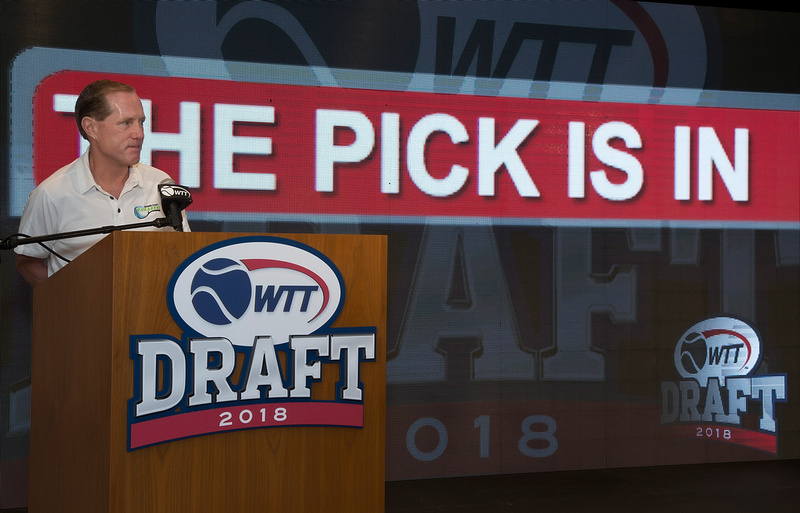 On February 1, 2017, Eric Davidson officially purchased the Breakers from the franchise’s previous ownership group and became the first local owner in the Breakers 14 year history.

Upon graduation from college, Mr. Davidson worked for Cushman and Wakefield as a commercial real estate broker for nearly ten years before moving into the senior living space with ARV Assisted Living, Inc. In 1998, Mr. Davidson founded Vintage Senior Living, which eventually went on to become one of the largest providers of senior living in California.

Aside from his business credentials, Mr. Davidson is also an accomplished tennis player and was once ranked at the senior level. World TeamTennis CEO/Commisioner Ilana Kloss believes Mr. Davidson’s ties to the Orange County market and local tennis communities will help the Breakers succeed on and off the court.

“From a league perspective, it is very important to have strong local ownership with someone who has a passion for tennis and the community,” said WTT CEO/Commissioner Ilana Kloss. “We couldn’t be more pleased as we have found all of that with Eric.”

In Mr. Davidson’s first year of ownership in 2017, the Breakers won their second ever WTT title. After the season, the Orange County Business Journal named him as one of the most influential people in Orange County.

Mr. Davidson, who was born and raised in Southern California, received his undergraduate degree from the University of California, Berkeley in 1983 with a degree in history. Mr. Davidson has two daughters and currently resides in Laguna Beach with his wife Joan.